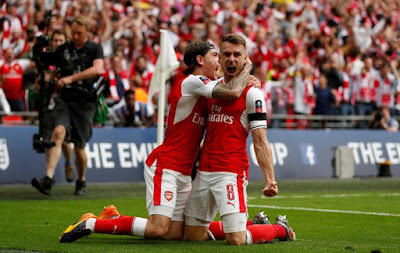 Arsène Wenger’s turbulent year ended with his third F.A. Cup win in four seasons after Arsenal beat Chelsea, 2-1, today. Chelsea, the English Premier League champion, was thwarted in its attempt to complete a Premier League and F.A. Cup double for the second time

Aaron Ramsey had the winning shot, just as he did in the 2014 final, restoring Arsenal’s lead in the 79th minute shortly after Diego Costa had tied the game for 10-man Chelsea at Wembley Stadium. We say big congrats to them.