APC Has Nothing To Celebrate, Says PDP 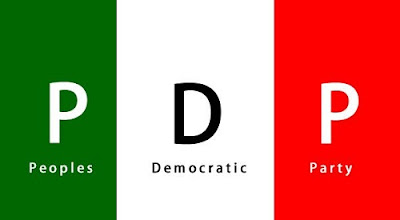 The People’s Democratic Party has attacked the ruling All Progressives Congress, saying the party has nothing to celebrate two years after took over the mantle of leadership.

The National Publicity Secretary of the Senator Ahmed Makarfi-led National Working Committee, Mr. Dayo Adeyeye, in a statement on Sunday  claimed that the APC-led Government was marked by highhandedness, crass ineptitude and lack of tolerance for the opposition.

He said the APC had endangered democratic foundation laid by the PDP which enabled the opposition to win elections.

Adeyeye said that the activities of the ruling APC were suggestive of a bleak democratic outing for the country in the 2019 elections.

He lamented that Nigerians had nothing to celebrate as the APC “has plunged the vast majority of the people into this two years of despondency, ambiguity, repressed and depressed condition.”

He said, “Beginning with the issue of corruption in this discussion is critical in line with the APC/President Buhari’s ‘Change Agenda’ and ‘hype in corruption chase’ which has left sour taste given the dishonesty and charade that have characterised the actions of this government so far.

“For the record, ‘corruption’ is endemic in our system since the military era and using it to whip up citizens’ sentiments is absurd while playing ignorant of honest achievements made by the PDP government to combat this alarming menace.

“The question is what has the APC done to fight corruption? Nothing! Yes indeed nothing except noise, hounding, torturing, flouting of court orders and vilification of opposition leaders and members in and out of courts; incarcerations without proving anything; harassments, intimidation, indiscriminate arrests and detention of judges in order to cow them to desecrate the judiciary and deny the people justice; promote gestapo state and by extension, kill democracy.”

He added that Nigerians and the international community had lost confidence in the Independent National Electoral Commission as the APC allegedly prevented it from performing its electoral responsibilities without interference.

On the economy, Adeyeye said that President Buhari’s utterances during his visits to foreign nations scared away investors who had withdrawn their money from the country which had earlier attracted $20bn worth of investors in three years.