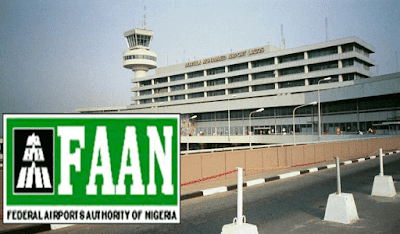 The Federal Airports Authority of Nigeria, FAAN has commenced the process of putting an end to touting, bribe collection and other vices at airports across the country, an official has said.

In a statement made available on Sunday by the agency’s Acting General Manager, Corporate Affairs, Henrietta Yakubu, the agency said the development was part of efforts to implement the executive order signed by Acting President Yemi Osinbajo.

According to the statement, the Managing Director of FAAN, Saleh Dunoma, directed that officials of the agency should ensure full compliance with the order.

As part of the executive order, Mr. Osinbajo had ordered that touting by official or unofficial persons must end at all the ports of entry to the country, and that on duty staff must be properly identified by uniform and official cards, noting that off duty staff must stay away from the ports except with the express approval of the agency head.

The statement explained that the acting president had also said that all non-official staff should be removed from the secured areas of airports and that any official caught soliciting or receiving bribes from passengers or other port users would be subjected to immediate removal from the post and would face disciplinary as well as criminal proceedings.

The FAAN boss, therefore, noted that the agency was set to implement full compliance, adding that

the necessary machinery had been put in place to ensure a successful implementation of the order, which he would personally supervise.