Pastor Caught For Having SÂ£x With Two Sisters In Lagos

A 49-year-old pastor, Friday Arthur, has been charged

before an Igbosere Magistratesâ€™ Court in Lagos for the alleged

defiling of two under-aged sisters aged 10 and 11 in Lagos.

The Prosecutor, Sgt. Victor Eruada, told the court that Arthur

committed the offence between March 28 and April 6 at the

Sgt. Eruada said the pastor had, at various times, lured the

girls into his room and defiled themâ€¦ 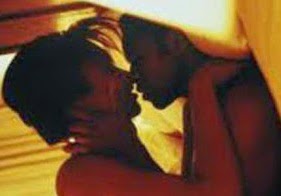 He said that the offence violated Section 137 of the Criminal

for anyone convicted of the offence of defiling a child.

Arthur, who resides at No. 856, Ikota Housing Estate, Lekki,

Lagos, is facing a charge of defilement.

The two sisters and their female guardian were in court.

Surprisingly, when the charges were read to him, Pastor

and adjourned the case till May 27.