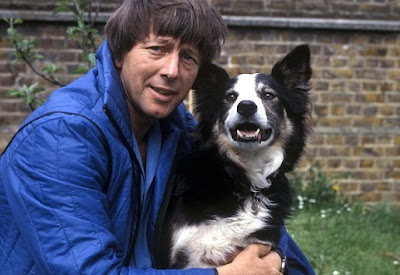 Blue Peter legend John Noakes  best known for his daring stunts and his pet dog Shep  has died after a long battle with Alzheimer’s.

The 83 year old was a household name in the 1960s, 70s and 80s and remains Blue Peter's longest serving presenter, fronting the children's show with a variety of co-hosts including Valerie Singleton and Peter Purves from 1965 until 1978.

Famed for using the phrase 'Get down Shep' during his attempts to control his excitable border collie, he usually fulfilled the action man role. Among his many stunts was a record-breaking free-fall parachute jump. He later made several series of Go With Noakes.