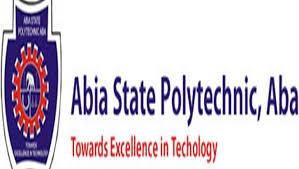 I know some of you will be saying na today. Lol, I knew a lot of people who did this in school o, hahaha. Not even funny. I was always scared and asked them, what if you get caught? They always looked at me and laugh and say, ‘you, you don’t know anything’ LOLLL.

So Abia State Polytechnic has recovered more than N43 million from students who faked the school’s receipts, Prof. Ezionye Eboh, the Acting Rector, has said.

Eboh, while briefing newsmen in Aba, Abia, on the latest development in the institution, said that more than 700 students were involved in the act of obtaining fake receipts from unauthorised sources.

He said that the students would be punished, to serve as a deterrent to others.

Eboh also said that the Police had arrested a woman who operates a business centre near the polytechnic for allegedly issuing students with fake receipts.

He said that the woman worked for a lecturer and that she was collecting N10,000 and issuing fake stamped receipts to the students, thereby aiding them to evade payment of N50,000 school fees.

According to the rector, management discovered the forgery when it made it mandatory for students to show their school fee receipts before writing examinations.

He said that the lecturer had been suspended and that the students involved in the act were being investigated.