I Constantly Struggled As A Comedian- Teju Babyface 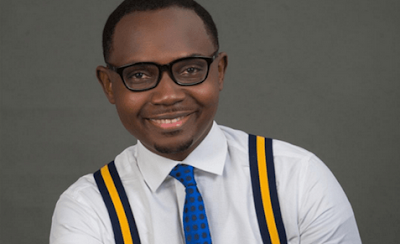 Teju Babyface has admitted stand-up comedy was a struggle for him for so many years. He said, getting on stage was always a struggle and the audience didn’t help matters as well. Here’s his words to Saturday Beats

“It was always a struggle to be a comedian. You may not have seen the struggle but every time I got on stage, it was a constant struggle. I had to prove myself to the audience constantly at every performance. It was a constant struggle and there were times I had been called on stage and the applause at the best of time would be polite, at the worst of times it would be non-existent. If you think about it, I really did not look like a comedian. It was as if the audience did not believe I could make them laugh; so I always had to prove myself. There was a time that it did not matter because I really enjoyed doing it. But after a certain time, your inner man would call out to you and things like discontent would start to set in.”

He told Saturday Beats that his conviction was further fuelled when he realised that he could never be the number one stand-up comedian in the industry. Babyface however emphasised that he would always remain a comedian.

“It occurred to me that I was never going to be the number one stand-up comedian. I would never forget that day. It occurred to me several times in my stand-up comedy career but there was a certain day I had a lucid moment after a particular performance. As I got off the stage, it occurred to me that I was not called to be a career stand-up comedian. It was just a stage through which I had to pass. I am not saying I am not a comedian because I will always be one but I am no longer a stand-up comedian. I like to use the example of Steve Harvey in the US. He did his last stand-up comedy show in Las Vegas in 2012 but he hosts the Steve Harvey show on television and radio, he has a children’s show and he is also an author.  He is a business magnate but he would always be a comedian. You cannot watch him and not laugh and it is the same thing with me. Either it is the Teju Babyface show or you are reading my book or listening to me speak; you will always laugh but I would not stand on stage like I used to do to tell jokes,” the comedian said.