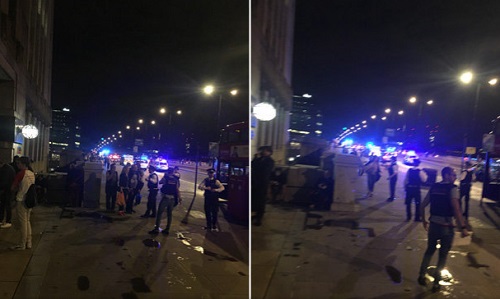 Armed police have swooped on London Bridge after a car ploughed into dozens of people TONIGHT! People at the scene have claimed the incident is a "terrorist attack".

People were seen fleeing the area and running away from the bridge in tears. Twitter users have also suggested seeing bodies at the scene.

The bridge has now being closed by the Police who were fast to report at the scene.