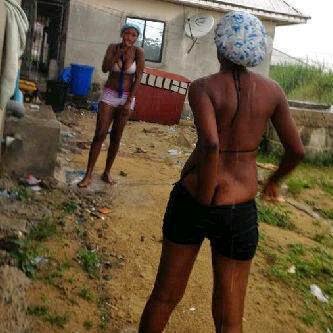 Sources say it's because the boys have been passing through a bush path close to the girls hostel and watching them take their bath outside, others say it's a case of armed robbery that led to rapÃƒÂ© of the girls.

According to information reaching here @ wapBaze.Com,armed guys in the early hours of Friday unleashed terror on the students of the Osun State University,

close to the main campus of the university.

The guys extorted money, laptops, expensive phones before they decided to touch the girls...The robbers were said to have stormed the hostels with dangerous weapons and cry out their deadly act with impunity. They also dispossessed some male students around of their valuables.