Lol. Ariana Grande Had Her Manchester Gig For Terror Victims Yesterday, But Fans Were More Concerned About Her ROCK 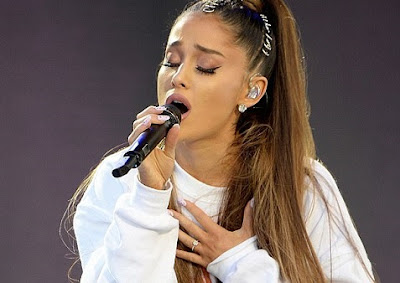 Ariana Grande bravely took to the stage at the Emirates Old Trafford cricket ground for her One Love fundraiser yesterday - just two weeks after the tragic terror attack that took place at her Manchester Arena gig.

Clad in a One Love jumper and ripped jeans, the 23-year-old embarked on a faultless and confidence performance of her hits, complete with seamless dance routines and powerful vocals.

However, a dazzling rock sported on her left hand sparked confusion among fans - who began to speculate whether she and boyfriend Mac Miller were engaged.

Singing together and dancing side by side, the singer and her beau, who have been dating for close to four years, put on a united front as they finished the teary performance with a sweet embrace in front of crowds.

However many began to speculate that the pair had taken their romance to the next level, after eagle-eyed fans spotted a huge diamond sparkler on her fourth finger. 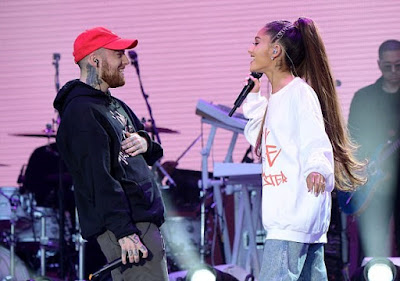 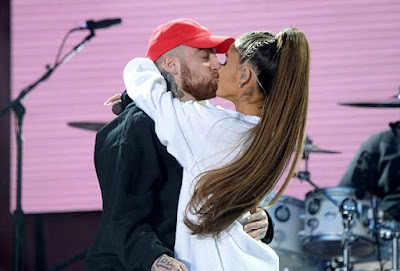