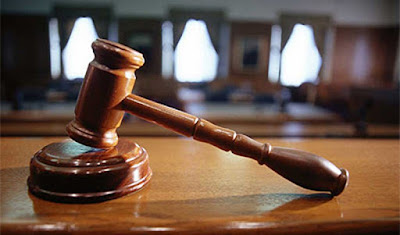 The presiding Judge, Mr Yahaya Mohammed, handed down the sentence after the convict pleaded guilty to one count of unnatural offence and begged the court for leniency.

In his plea, the convict attributed his actions to the devil. “It was the devil that pushed me to do it; this is the first time and I will not repeat it again, have mercy on me,’’ he pleaded.

Mohammed, who did not give the convict an option of fine, said the sentence was meant to serve as a deterrent to others who might want to engage in similar acts.

Earlier, the police prosecutor, Insp. Hasiru Ibrahim, told the court that Mrs Zuleika Saheed, mother of the victim, reported the matter at A Divisional Police Headquarters on Jan. 5.

Ibrahim said the complainant, who resides at Yan Doka Street, Jos, overheard her nine-year-old son, who was in bed sleeping with his younger sister, asking her to lick his manhood.

The prosecutor said the shocked mother asked her son where he learnt such a nefarious act.

Ibrahim said during police investigation, the convict confessed to have lured the victim into his shop and raped him through the anus.

The prosecutor added that the offence contravened section 284 of the Penal Code.