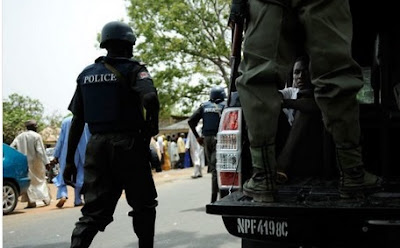 The notorious and dreaded kidnap kingpin who was recently declared wanted by the police simply called Evans has been arrested in Lagos.

He was arrested at the Murtala Mohammed International Airport a few hours ago by eagle-eyed policemen while he was on his way to travel out of the country.

Recall that police authorities, recently, placed N30M bounty on his head after the arrest of some of his gang members. The gang had kidnapped uncountable number of wealthy business men in Lagos and environs. His victims were forced to pay a ransom of not less than N500m before they were let off the hook.