Though Khloe Claims She Has Never Heard Of Designer Who Accused Her Of Copying, But Fashionista Says You Lie, I Have Got Receipts! 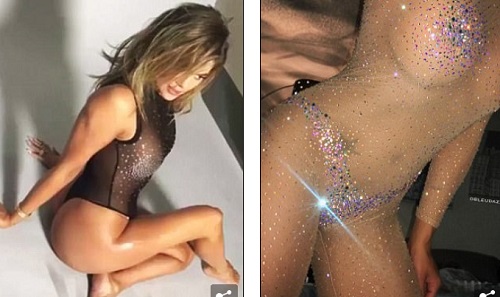 Khloe Kardashian has claimed she has 'never heard' of the designer who has accused her of stealing her designs. But Destiney Bleu now claims to have receipts that prove the Good American head bought thousands of dollars in single items of clothes from her.

She even claims to have custom-made a pair of bedazzled underwear with the name 'Tristan Thompson' - the name of Khloe's boyfriend.

The row broke out earlier this week when Bleu claimed in a series of tweets that the KUWTK star had bought one of every item she had produced and then 'copied' them to sell under her Good American Brand.