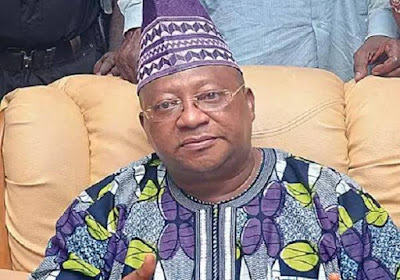 The All Progressives Congress Screening Committee has disqualified the Osun State Commissioner for Cabinet Matters, Senator Mudashiru Hussein, from participating in the senatorial primary scheduled to hold on Monday (today) to pick the party’s candidate for the by-election to fill the Osun-West senatorial district seat at the Senate.

The seat became vacant following the death of Senator Isiaka Adeleke on April 23 and the Independence National Electoral Commission has fixed July 8 for the by-election.

The committee communicated the disqualification to Hussein in a letter signed by its chairman, who is Zamfara State House of Assembly Speaker, Sanusi Rikiji, and secretary, Maj.-Gen. Charles Airhiavbere (retd.).

The letter was given to Hussein on Sunday. The committee, however, cleared Adeleke’s younger brother, Ademola, for the primary election but told Hussein that he could appeal his disqualification.

Except the disqualification verdict is overturned by the appeal committee, Adeleke’s brother may pick the APC ticket unopposed because other aspirants stepped down for Hussein and him shortly before the screening started on Saturday.

The letter of disqualification read, “The committee wishes to refer you to the All Progressives Congress 2014 guidelines for the nomination of candidates for public office. Minimum requirement at page two states inter alia, ‘In conformity with the provision of the constitution of the Federal Republic of Nigeria, qualification for aspirants to respective offices in state Houses of Assembly, House of Representatives; Senate; Governorship and the Presidency, prescribes that aspirants seeking public office on its platform shall not have remained as an employee of the public service within 30 days preceding the date of an election.”