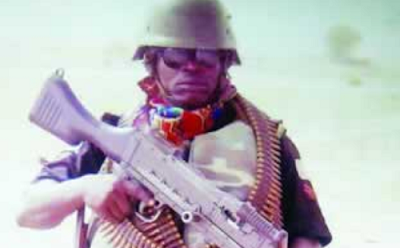 The Inspector-General of Police, Ibrahim Idris, has approved post-humous promotion for the two policemen that were killed during a robbery at a branch of Zenith Bank in Owerri, Imo State.

The Imo State Commissioner of Police, Chris Ezike, told Punch correspondent in a telephone interview on Monday that the surviving policeman, Sergeant Otu Attang, would also be given a special promotion for his gallantry.

Sergeants Chukwudi Iboko and Sunday Agbo were killed after confronting a four-man gang in a gun battle, which was captured on a Closed Circuit Television camera. The CP explained that Attang was being treated at the police hospital in Owerri as an out-patient.

Ezike said Attang, who lost one of his eyes during the attack, was being treated by three surgeons, including an ophthalmologist.

He denied allegations by Iboko’s family that they had been abandoned by the police, insisting that the entitlements of the slain policemen were being processed and would be paid soon.

He said, “The police officers are our men, so the issue of abandonment couldn’t have arisen; they are heroes.

“They did a gallant job and each time our men are wounded or die in action, it is painful. It is one of the great pains you would endure in this job. We have not abandoned the family.”

The CP declined to disclose exactly what the command had done for the families of the dead policemen.

Ezike said it was too early to conduct surgeries on the eye.

He said, “The eye needs to heal before you can talk of other surgeries. Three surgeons are working on this man.