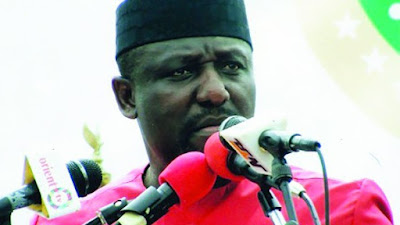 Gov. Rochas Okorocha of Imo has advised the Indigenous People of Biafra (IPOB) to desist from agitating for secession, saying the Igbos were not ready for another civil war.

Mr. Okorocha gave the advice at a news briefing at the Government House in Owerri on Tuesday.

He also urged the Movement for Actualisation of Sovereign State of Biafra (MASSOB) and other Nigerians in diaspora, drumming support for the actualisation of Biafra, to stop.

Mr. Okorocha called on Igbo youth to calm down and redirect their agitation toward the actualisation of economic advancement of Igbos rather than asking for a new sovereign nation.

On the recent sit-at-home ordered by IPOB and MASSOB, he said the exercise succeeded because the people, especially traders, wanted to avoid trouble.

He described the statement by the Arewa youth group directing Igbos to leave the North as “nonsensical and inciting’’.

The governor said that Igbos were peaceful people, who had come a long way in contributing to the economic development of the country, adding that no other ethnic group had contributed as much.

He called for reorientation of youth to repair the broken political relations between the North and the East and end the existing hatred and division between them.

“We have failed as leaders hence the campaign of hate for one another; we need to take responsibility and end it.

“We need to rise and take steps to end it and get rid of the inherent hatred and division we inherited from the colonial masters,” he said.

Mr. Okorocha also said that agitation for the leadership of the country by the different geo-political zones in the country was an ill-wind which had not done something good to the country.

He, therefore, called on all Nigerians to guard against hatred and unite to fix broken relationships.