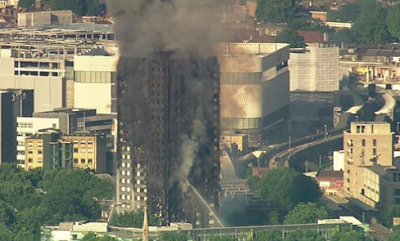 A fire has engulfed a 27-storey tower block in west London, killing a number of people when flames tore through the building.

Forty fire engines races to the scene just before 1am when the blaze broke out at the Grenfell Tower in the Lancaster West estate near Ladbroke Grove.

The fire engulfed the block from the second floor upwards just before 1am. The London Fire Brigade says there have been a number of fatalities. More than 50 people have been taken to five different London hospitals.

Witnesses say people were left trapped in the upper storeys and some people jumped out.

London Mayor Sadiq Khan, has declared the fire a "major incident" and said questions needed to be answered.

A cordon has been set up and people have been warned to avoid the area.