Photos: Lady Kicked Out OfMMall After Another Shopper Complained About Her Outfit 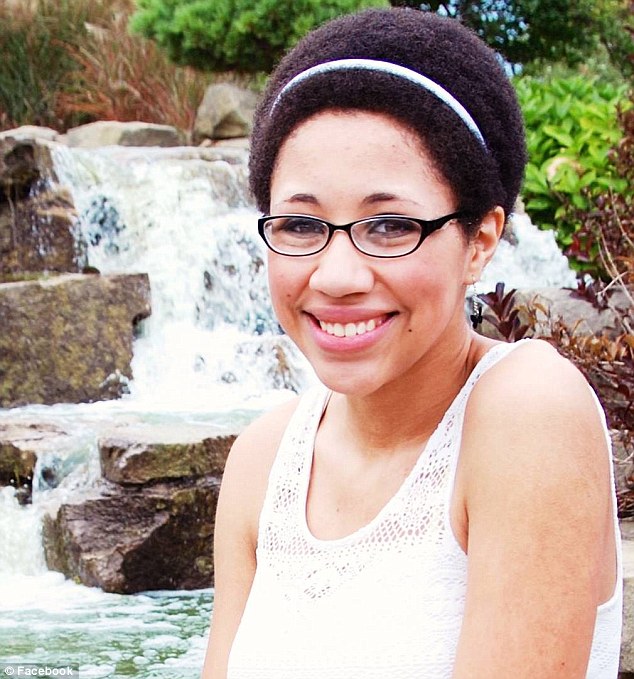 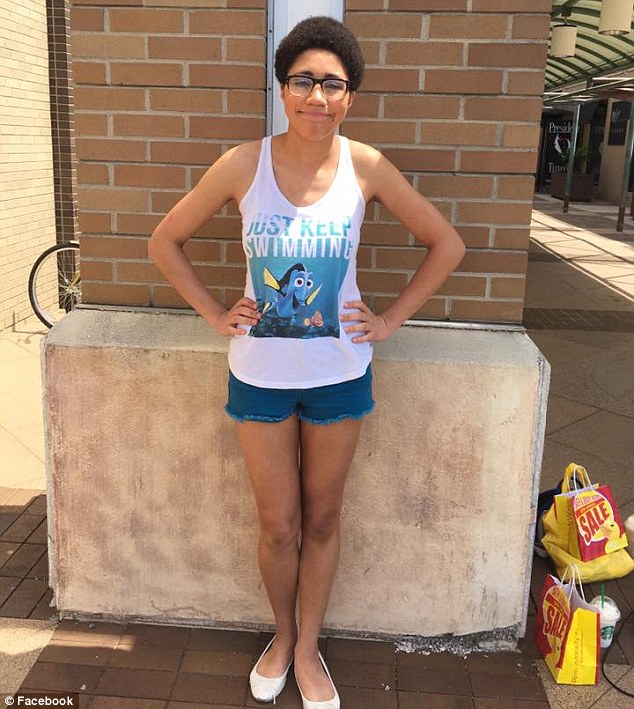 A Michigan woman says she was 'sl** shamed' and kicked out of a shopping mall for 'inappropriate dress' after she wore shorts and a tank top in 90 degree weather.

Hannah Pewee, 20, took to Facebook to slam Woodland Mall in Grand Rapids after security kicked her out of the shopping center on Saturday.

The college student claimed she was escorted out after another shopper complained about her outfit.

Pewee posted a photo on Facebook of what she was wearing, including denim shorts and a top featuring characters from Disney movie Finding Nemo.

'As many of you know, it is NINETY degrees outside today in West Michigan. Aka, really hot. So, of course, I decided to dress for the weather: shorts and a tank top,' she wrote alongside a photo of her outfit.

'But apparently, how I was dressed was too sl***y for the public, as I was kicked out of the Woodland Mall today.

'Yup. Apparently some anonymous person reported me to MALL SECURITY for inappropriate dress and I was kicked out.

'I am so angry right now I'm shaking. I felt so embarrassed I almost cried. All because a stranger didn't like how I dressed.

'The Woodland Mall should be ashamed of themselves, as well as that anonymous complainer. It's my body, and it's hot outside! I'm not going to show up in jeans and a sweater, sorry. Sl**-shaming how girls are dressed is deplorable and outdated, and it needs to stop.'

Pewee told news station WOOD that she had already been shopping for several hours with her sister when security approached her at Starbucks.

'We ordered out drinks and we were just standing in that area where you wait for them to be delivered and one of the security guards came up to me and said, 'Miss, can we talk to you for a second?',' she said.

'I complied. I'm not a confrontational person. Even though I didn't feel it was right, I didn't want to get in their faces and be like, 'No I'm not leaving,' and start a big scene. But after I left, I was like, 'I don't feel like I should have been treated like that.'

Pewee's Facebook post has been shared more than 10,000 times and attracted hundreds of comments, prompting the shopping mall to respond to some individuals.

'We have apologized to Hannah and we apologize to our community. It is never our intention to shame or embarrass anyone. We're going to make sure that everyone on our team is aware of how to handle situations like this in the future. We dropped the ball on this one,' the mall wrote on Facebook. 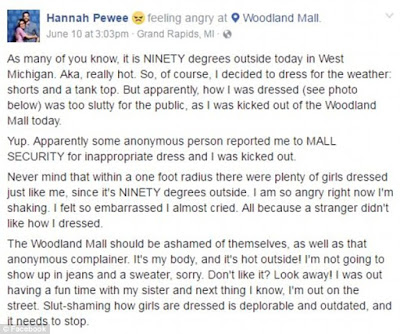