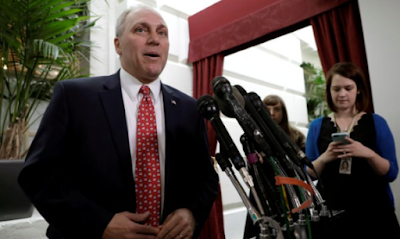 Senior Republican Congressman Steve Scalise was among several victims shot and wounded at a baseball practice ahead of an annual game between lawmakers in a Washington suburb.

Fellow Republican lawmaker Mo Brooks told CNN that Scalise was shot in the hip, adding that at least two law enforcement officers and one congressional staffer were also shot.

Scalise, the majority whip who rallies Republican votes in the House of Representatives, “was not able to move on his own power. He was dragging his body from the second base infield to the outfield to get away from the shooter while all this firing was going on,” Brooks said.

The suspect has however been arrested.