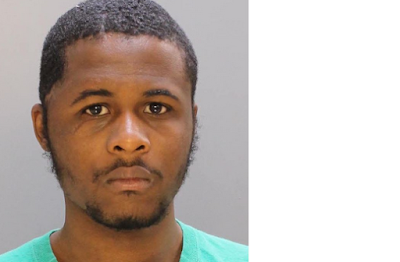 A Kingsessing man accused of raping and murdering his girlfriend’s 1-year-old son last week had been charged in 2008 with attempted murder when he was 15 years old, court records show.

Saleem Salaam, 24, of the 1700 block of South Conestoga Street, is charged with murder, aggravated assault, rape, involuntary deviate sexual intercourse, and related offenses in the death of the 1-year-old. Police initially identified the child as Salaam’s stepson, but Homicide Capt. James Clark said Salaam was dating the victim’s mother but they were not married.

According to police, officers responded around 5:34 p.m. last Wednesday to Salaam’s residence after another person found the child unresponsive on an upstairs floor. The child was taken to Children’s Hospital of Philadelphia, where doctors noted that he had multiple bruises and injuries indicating sexual assault, police said. He was pronounced dead at 6:08.

Clark said that some of the boy’s injuries appeared recent but that others appeared to have been inflicted before June 7.

“The young man had been tortured, brutally beaten, and sexually assaulted,” Clark said. “Honestly, there’s absolutely, positively no justification or reason [Salaam] could have given for putting his hands on a 1-year-old child.”

Clark said Salaam is a “bad guy” who is “very known” to police.

Court records show that in February 2008, Salaam — who was 15 at the time — was initially charged as an adult with attempted murder, aggravated assault, robbery, and related offenses. The case was transferred to the juvenile division of Family Court in March 2008. Neither the disposition of that case nor the allegations were available in online court records.

Salaam remained in prison without bail.