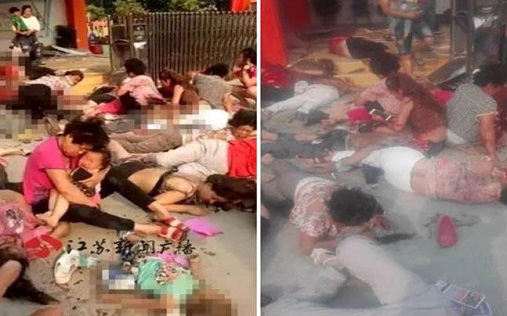 An explosion outside a kindergarten in the eastern Chinese province of Jiangsu has killed at least seven people and injured more than 50.

It was not immediately clear what had caused the blast. Videos and photographs circulating on Chinese social media showed a chaotic scene outside the Chuangxin kindergarten on the outskirts of Xuzhou, a large city in the province.

One video showed what appeared to be doctors trying to revive a toddler, who was covered in blood. Another showed adults and children lying on the street, apparently unconscious.

In a video posted on Weibo, the Chinese equivalent of Twitter, a man yelled, “Now they are carrying out dead bodies!”

The China News Service, a government news agency, said it was possible that none of the dead or injured were from the kindergarten. 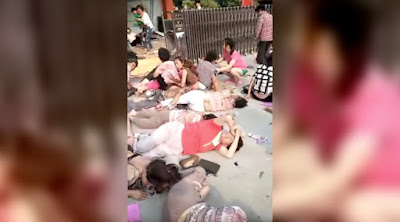 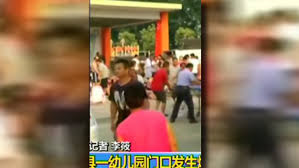 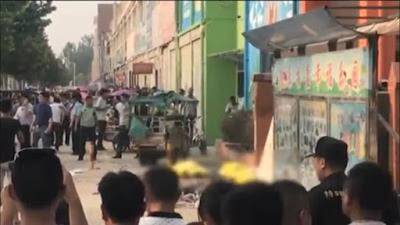