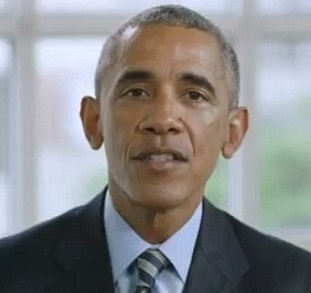 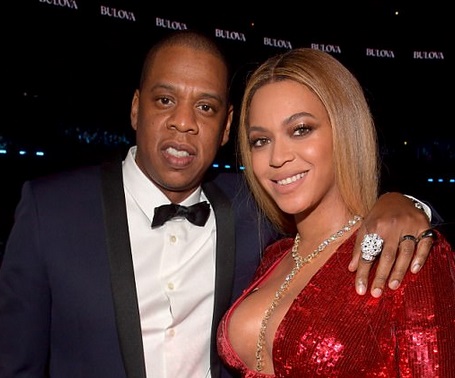 Barack Obama may have let slip the sex of Beyonce and Jay Z's twins. The former president appeared in a video to mark rapper Jay's induction into the Songwriters Hall of Fame during a ceremony in New York on Thursday night, and seemed to reveal the gender of the star's new babies.

Amid speculation the twins have been born, Obama joked about the similarities between himself and Jay in the video, before implying that the musician was going to have 'him beat' when it comes to how many daughters they each have.

The two minute video sees Obama list the similarities before saying:  'Jay and I are also fools for our daughters. Although, he's going to have me beat once those twins show up.' Continue...

Since Obama has two daughters, Malia and Sasha, and Jay already has one, Blue Ivy with wife Beyonce, the comment implies that the only way the rapper could get him 'beat' is if he had twin girls.

Obama's video sparked a Twitter frenzy on Thursday night, with one posting: 'So Beyoncé is having twin girls. Only way Jay would have Obama "beat" once they arrive. He's gonna be in trouble for spilling the beans.'

Another added: 'Did Obama out Beyoncé as having twin girls? Otherwise, his comment about Jay beating him in terms of number of daughters doesn't make sense.'

Jay Z skipped the Songwriters Hall of Fame ceremony inNew York on Thursday, amid speculation his wife Beyonce has already given birth to the couple's twins.

The award was picked up on his behalf by his friend and record label head Jon Platt, who passed on the rapper's apologies to the crowd.