We Are Not Aware Of Moves To Recall Dino Melaye- INEC 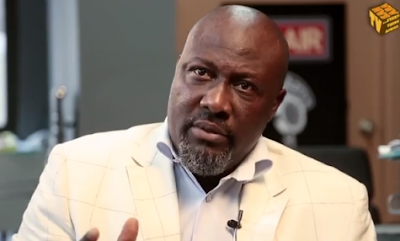 INEC Director of Voter Education and Publicity (VEP), Mr Oluwole Osaze-Uzzi, said this in an interview yesterday in Abuja.

Explaining the processes involved in recalling an elected lawmaker, Osaze-Uzzi said that a petition signed by at least 50 per cent of the registered voters in that senatorial district must be submitted to the commission.

“It is only when the petitioners get 50 per cent of the registered voters that they can submit a recall petition to the commission. That is when INEC can commence the recall process, but we have not received such petition.’’

Osaze-Uzzi said that upon the receipt of such petition, the commission would also embark on a verification, to ascertain whether the recall petition was actually signed by registered voters in that senatorial district.

He said that in conducting the verification of the signatures, the commission would also need to inform the senator involved and the petitioner, to set a date for agents from both sides to be involved in the exercise.

“It is only when we are satisfied with that, we now go for a referendum. That is what the constitution states.

“For now, we don’t know if anybody is trying to recall him until a petition is submitted to the commission.’’

The director further said that the commission would notify the public if anybody or group was able to mobilise the required number of signatures and send a petition to the commission.

Meanwhile, Melaye had alleged that Governor Yahaya Bello of Kogi had released N200 million for the reported ongoing moves to recall him.