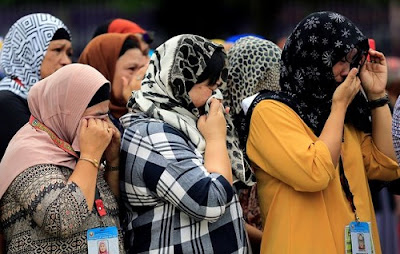 Muslims are lending terrified Christians hijab veils to help them disguise themselves from ISIS terrorists as they try to escape their clutches.

The tale is one of the stories to emerge from the besieged city of Marawi in the Philippines - where there are around 1,500 people trapped by the militants. About 100 people have managed to escape on foot or by risking swimming via a treacherous river.

Those who survived the journey have told medics of the resourcefulness of those who fled. The head of the psychosocial therapy team, Dr Gioia Ancheta, said: "Some of the stories that stuck were Muslims helping protect Christian workers by letting them borrow a hijab."

Marawi was stormed by militants around three weeks ago - in an operation which left 290 people dad including 26 innocent civilians.

Those who remain trapped in the city face starvation as they are held as human shields by President Duterte's military who are trying to oust the jiahdists.

"Some residents are eating (cardboard) boxes. They just dip it in water to soften the material and eat it," he said.

Survivors who escaped say they have witnessed appalling scenes of carnage.

The Philippines military is continuing its assault but efforts are being hampered by an estimated 200 Islamic State fighters holed up in 'sniper' positions.

President Duterte has placed the entire region under martial law in his fightback against Islamic extremism. 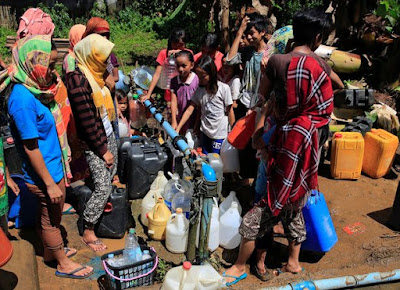 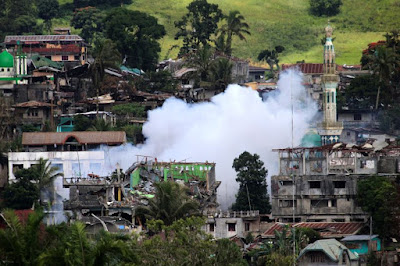