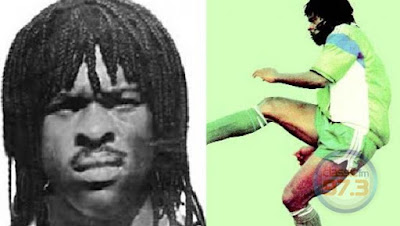 The family of  Sam Okwaraji  has asked the Federal Government to fulfil its promise to build a sports  and youth development centre in honour of the player who   died while playing for the Super Eagles in a 1990 World Cup qualifier against Angola’s Palancas Negras at the National Stadium in Lagos on August 12, 1989.

Okwaraji, who was playing for German Bundesliga club Stuttgart then   collapsed  during the clash, was confirmed dead hours later.

Speaking during a courtesy visit to the Imo State Football Association chairman, Amanze Uchegbulam, the elder brother of the late footballer, Pat Okwaraji, said his family was saddened that the Federal Government had refused to fulfil any of the promises it made during the former Roma midfielder’s  burial 28 years ago.

Pat said  the Sam Okwaraji Foundation had decided to source about N700m for the  Sam Okwaraji Memorial Sports and Youth Development Centre since the government had failed to fulfil its promise.

He said, “The sports and youth development centre is one  of the promises made by the Federal Government which have  yet to be fulfilled. We will also institute a memorial lecture series in his honour.”

According to him, Okwaraji deserved to be  honoured as a role model for Nigerian  youths because he was able to combine active football and education and was about rounding off  his doctorate  at the age of 24 years before he died.

Uchegbulam  assured  Pat that the association would support the foundation.