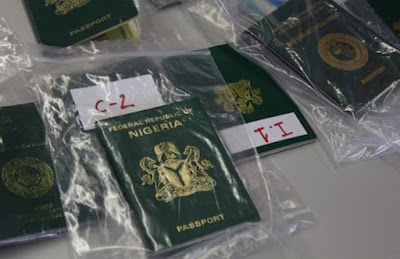 Spokesman of the unit, ASP Lawal Audu, disclosed this in Lagos on Sunday in an interview.

He said the Italian Embassy sends an average of 50 Nigerian Passports with fake documents to SFU monthly.

Audu noted that before now, Canada used to complain of such high numbers of fake documents, adding that attention had shifted to Italy now.

“The Italian Embassy sent to SFU about 50 Nigerian Passports monthly with complaints of forged documents.

‘‘We have charged more than 15 persons to court for presenting fake documents between January and May, 2017.

“Italian Consulate normally checks all supporting document for any applicant. They are very meticulous in checking.

“We have many passports with such complaints in large numbers.

“Once any embassy or high commission discovers irregularities in any application, they request the applicant to come to SFU for clearance; many never came to us.

‘‘After waiting for some time, we go out to look for such applicants.

The image maker said that a major challenge faced by the unit was difficulty in tracking applicants due to lack of national data for identity.