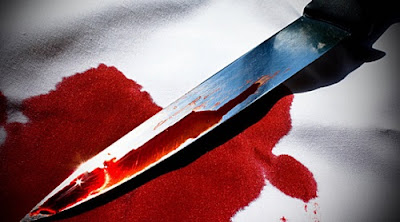 A 15-year-old teenager has been stabbed to death by a yet to be confirmed teenager over what appears to be his comments in an Instagram troll.

The boy, Quamari Serunkuma-Barnes, was said to have been ambushed in Willesden, North West London, on his way home from school at 3:22pm.

The victim was stabbed at least three times in his back, shoulder and upper leg by the alleged attacker.

However, the suspect has denied the murder.The victim, who was still alive when rushed to the hospital, claimed to know the identity of his attacker and gave his first name.

Although, the harmless victim appeared stable after the initial treatment, his nurse revealed that he suffered a series of cardiac arrest and eventually died in the hospital.

The nurse explained further that the incident was not a situation of school argument which went out of control, that it was a “a deliberate and planned attack on a defenceless schoolboy.”

Some students who witnessed the case said in court that Quamari’s attacker waited for him at the corner of the road, before he was confronted.

A 15-year-old girl who claimed in court that she recognised the attacker, immediately phoned him. But he claimed he was in South London.