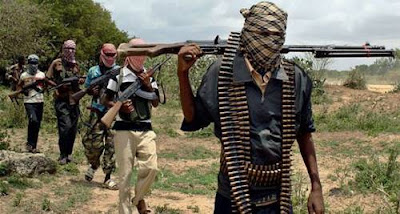 At least one police officer and a Borno State government truck driver were confirmed dead yesterday after gunmen believed to be Boko Haram fighters ambushed a large convoy of travellers being escorted by armed soldiers, officials said.

The ambush, at about 10 a.m. on Tuesday, was on a large convoy of commercial, private and government vehicles travelling from Maiduguri to the southern part of Borno State, passing through the Damboa road.

Armed escort of soldiers is often required to travel through the recently reopened Maiduguri-Biu federal highway.

The road, which also has a link to the gates of Sambisa forest, had been closed for about two years after Boko Haram captured towns and villages along its axis. It was only opened for commercial motorists in February 2016.

But since its opening, Boko Haram gunmen have staged several attacks on vehicles plying the road.

The latest of such attacks was that of Tuesday morning, which occurred at Abbari-Dalwa village located about 30km from Maiduguri, the Borno State capital.

Hours after the attack, news began to filter into Maiduguri that about 8 police officers and several civilian travellers may have been killed by the terrorists.

Authorities at the various security outfits in Borno State were, however, not forthcoming with information on what actually transpired, Premium Times states.

About 10 hours after the attack, the Borno State Police Command at a press conference at about 8 p.m. confirmed the incident.