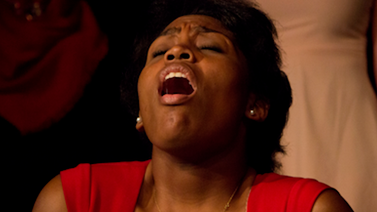 Toor! A Benue State-born man (name withheld) has sacked his newly married wife because she was making some ‘funny moaning’ sounds while being raped by armed robbers in his presence.

The incident played out in the couple’s residence on Bello Street in the Iyana-Ejigbo area of Lagos State, when armed robbers visited them in the death of night few months after they came back from their village where they had conducted their traditional marriage.

It was learnt  that after the heavily armed gunmen invaded Baba Eneh’s house around 3 am and demanded money, the native of Owukpa, Ogadigbo Local Government Area of Benue allegedly told the gunmen that he had only N3, 500 at home.

The man, a commercial bus driver, reportedly begged the robbers that he did not have much money at home since he had expended all his savings on marrying his new wife and they were just trying to settle down.

But the robbers who were angry that the man did not have much money at home, decided to gang-rape his wife at gunpoint and descended on her.

However, when the robbers left after raping the woman, the commercial driver was said to have raised hell, accusing his wife of enjoying the rape by moaning in excitement and twisting her waist as the robbers sexually assaulted her, instead of screaming for help.

He was quoted as telling his neighbours:

“Imagine my wife, instead of her to cry for help, she was busy making some funny sounds, an indication that she was enjoying the sex, even in my presence.”

He was said to have ordered the woman out of his house on the ground that she disgraced him as it is against the customs of his community for a married woman to have sex with another man.

The man is said to be afraid of what the gods of his land will do to him and has asked the wife to return to her village for the cleansing rites and sacrifices to be made.