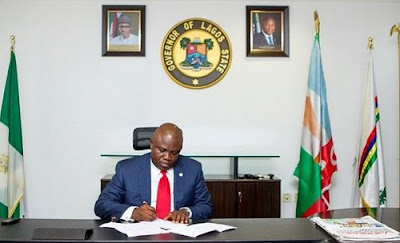 Impoverished fishing communities in Nigeria’s financial capital, Lagos, celebrated a court ruling on Wednesday that said government demolitions of their homes were illegal.

Residents went to court in October to protest the Lagos state government’s plan to demolish their waterfront communities on the pretext of cutting crime in the megacity.

The government went ahead with the demolitions in a series of raids across the city that saw security agents bulldoze homes to the ground and in April shoot people with live ammunition.

Judge Adeniyi Onigbanjo, sitting at the Lagos State High Court, today ruled that the demolitions were unconstitutional and violated the residents’ rights.

He ordered the state government to hold consultations with the communities before any further evictions and provide compensation for the destruction of their property.

“We are mostly relieved, finally we have a decision,” the residents’ lawyer Omotayo Enujiugha said outside court, where over 100 community members had gathered for the verdict.

“We really appreciate the fact that at the end of the day the judge ruled that rights were violated,” he added.