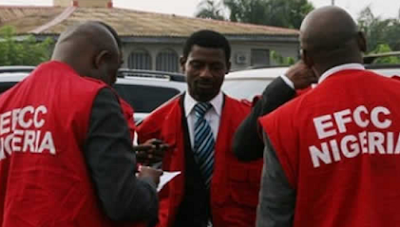 The Lagos State High Court in Ikeja on Thursday ordered the remand of an American, Marco Ramirez, in Kirikiri Maximum Prisons for allegedly defrauding three Nigerians of $565,000.

Ramirez, who acted as the Managing Director of three companies – USA Now Plc, Eagleford Instalodge Group and USA Now Energy Capital Group – pleaded not guilty to sixteen counts of obtaining money by false pretences brought against him by the Economic and Financial Crimes Commission.

According to the EFCC prosecutor, V.O. Aigboje, Ramirez committed the offence between February and August 2013.

Ramirez was accused of collecting $10,000 from one Olukayode Sodimu under the pretext that the money was meant to facilitate an American green card with the US Immigration Services.

The American National was further accused of fraudulently obtaining $10,000 from one Abubakar Umar through a fictitious investment programme in the US in order for the latter to be eligible for a US green card.

The anti-graft agency also accused Ramirez of collecting $545,000 from one Ambassador Godson Echejue, under the pretext that the money was meant for investing in his company Eagle Ford Limited in order to facilitate the procurement of a US green card.

Shortly after the defendant’s arraignment, the EFCC prosecutor prayed the court to remand him in the prison custody, pending trial.

Antonio’s counsel, Mr. Chukwudi Maduka however, pleaded with the court to remand his client in the EFCC custody.

Maduka said he had only just received the charge and that he needed time to file a bail application.

He informed the court that already his client had been on administrative bail, granted him by the EFCC in Abuja.

But the EFCC prosecutor objected to the prayer to remand Ramirez in the custody of the EFCC, stating that there was no more space in the commission’s detention facility.

In a short ruling, the presiding judge, Justice Josephine Oyefeso, ordered that Antonio should be remanded in Kirikiri prison and adjourned the matter till July 3 for the hearing of the defendant’s bail application.