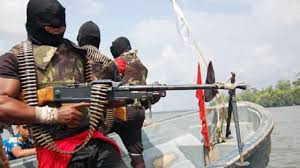 Repentant ex-militant leaders in the Niger Delta region, yesterday, urged the Federal Government to avoid fresh crisis in the region by ensuring that the 30 per cent pipeline surveillance money was paid directly to each of the leaders and not through a single individual.

It will be recalled that after President Muhammadu Buhari terminated the pipeline surveillance contract which was given to the ex-militants by the administration of former President Goodluck Jonathan, he agreed to pay them for the period of their services with a view to ensuring peace in the region.

However, addressing journalists in Benin City, Edo State, Awe Akuke, Indian Fineboy Kolotor, Augustine Aboh and others, raised alarm over alleged plans by a few of the ex-militant leaders to hijack the money, noting that same will create fresh crisis in the region since all the leaders were involved in the surveillance job.

According to Akuke, “We don’t want the 30 per cent payment to be given to a single ex-militant leader.

We, the ex-agitators, particularly those of us from Delta State and other parts of the Niger Delta, note that nobody bought arms for us. We got arms to fight the struggle before dropping them and we are all leaderss in our own right.

“This 30 per cent fund which is already with the NNPC should be given directly to the ex-militant leaders so that peace will reign in the region.”

And if the Federal Government wants to know the authentic Generals they should call the chairman of the Amnesty Committee, Gen. Paul Boro (retd) to invite all of us so that we can identify ourselves.

“The coming pipeline security contract that they want to give to ex-agitators by the Federal Government should be shared among all the leaders in the Niger Delta.

They should ensure that the ex-agitators who embraced amnesty in the first, second and third phase are captured to avoid crisis. We all want peace in the region but we will not accept any attempt to cheat or undermine any body in the sharing of the money.

“The government should also advise NNPC to always invite all the leaders of the ex-agitators each time they want to discuss issues with them rather than invite just a few of them,” he added.