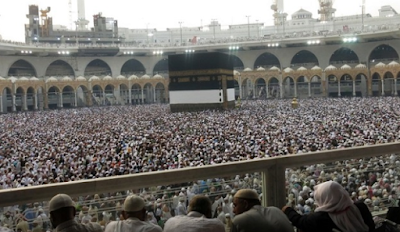 Saudi Arabian police foiled on Friday a “terrorist action” against Islam’s holiest site, where millions of faithful from around the world have gathered, the state Al-Ekhbaria news channel said.

Citing the Ministry of the Interior, it said 11 people were injured in the collapse of a three-storey building where a suicide bomber had barricade himself and exploded. Five of the injured were police.

It said a terrorist attack had been planned against Mecca’s Grand Mosque, where Muslims from around the world have converged for the conclusion of the holy Ramadan fasting month.