Notorious Land-Grabber To Remain In Prison 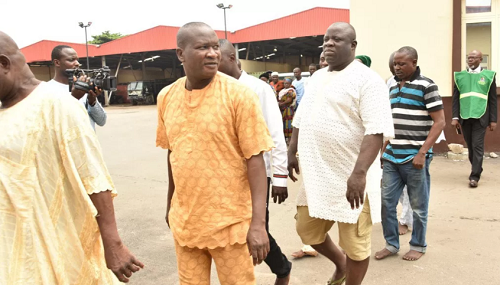 A magistrate, Lateef Owolabi, of the Lagos State Special Offences Court sitting in Oshodi on Friday declared the sureties presented by a suspected land grabbing kingpin, Kamorudeen Lamina (popularly known as Sir K Oluwo), as unverifiable and thus unable to stand for his bail.

The State Government, through the Special Task Force on Land Grabbers set up by Governor Akinwunmi Ambode’s administration, had on June 16 arraigned Mr. Lamina and others before the court over alleged forceful dispossession of residents from their legitimate rights to land ownership.

In his ruling after their arraignment, Mr. Owolabi had granted bail to the defendants in the sum of N1 million and two sureties in like sum. One of the sureties, he said, must be a land owner in Lagos, while the other must be a civil servant not below grade level 15. The sureties must have three years tax clearance and registration with Lagos State Residents Registration Agency (LASRRA).

The magistrate had also ordered the defendants to deposit N150,000 each with the court, while they are to be remanded in Badagry Prison pending when they were able to meet their bail conditions.

But Mr. Lamina and the other defendants failed in their many attempts to meet the conditions of his bail, by presenting persons that the court has found to be unverifiable to stand as surety.

Mr. Lamina and his gang were said to have been terrorising the people of Ikorodu area of the state for some time before he was arrested on June 15.