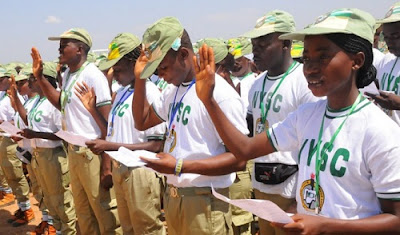 Gunmen, suspected to be robbers, have shot dead a 30-year-old corps member and dispossessed him of his money and other valuables in Yenagoa, Bayelsa.

The Police Public Relations Officer at the Bayelsa Command, Mr. Asinim Butswat, on Sunday said preliminary investigation showed that the killing was cult related adding that detailed investigation was ongoing to unravel those behind the dastardly act and apprehend them.

According to the Police, the incident occurred on Saturday evening on Melford Okilo Road, INEC/Kpansia area of Yenagoa metropolis. The victim, Samuel Collins, was a graduate of Engineering from the University of Benin.

Collins was accosted by the hoodlums at INEC Road junction on his way to the Nigerian Content Development and Management Board’s office on Isaac Boro Expressway, where he was undergoing training.

According to eyewitnesses at the scene, the young man was gunned down when he tried to drag his phones and valuables with his assailants.

The eyewitness, who wished anonymity, said Collins was shot by the gunmen at a close range on his head.

He said the bullets from the hoodlums’ guns shattered the victim’s head resulting in massive loss of blood out of his brain.

The gunmen abandoned the lifeless body of their victim, fled the scene after making away with his phone, money and other valuables.

The 30-year-old victim gave up the ghost after struggling with death for some minutes before help could come his way belatedly.

Some of his friends described Collins as an easy-going and brilliant young man.

They confirmed that the Police had since removed his body and deposited it at the morgue of the Federal Medical Centre, Yenagoa.

According to them, arrangements were being made to take his remains to his hometown, Port Harcourt, Rivers for burial.