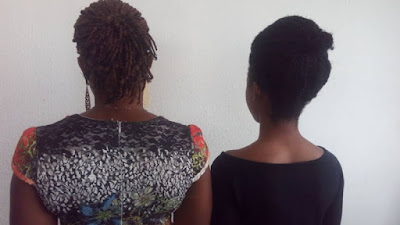 A National Agency for the Prohibition of Trafficking in Persons has arrested a 40-year-old woman, identified as one Mrs Halimatu Osifo, for alleged human trafficking in Oredo Local Government Area of Edo State.

It was learnt that the suspect, a mother of nine, was arrested in the Upper Sakponba area, after a tip off and in collaboration with operatives of the Nigerian Security and Civil Defence Corps on June 22.

It was gathered that Osifo, who hails from Igbanke community in Orhionmwon Local Government Area of the state, had recruited two young females whom promised to provide with lucrative jobs outside Nigeria.

The suspected was said to have sent the girls, aged 18 and 20 years, to her daughter, identified as one Blessing aka Stella, for prostitution in Togo.

After being subjected to the ordeals of prostitution, the victims were said to have given up their earnings before they were rescued by the agency.

The Benin Zonal Commander of the agency, Mr. Nduka Nwanwenne, confirmed the arrest in a statement on Sunday.

“As soon as they (victims) arrived Togo, Blessing procured skimpy dresses and introduced them to prostitution and collected their earnings,” Nwanwenne stated.

He added, “Exhausted by the ordeals of prostitution, one of the girls, threw in the towel and said, ‘I will not prostitute again; if they want to kill me, I am ready to die.

” The girls had to hide some of their earnings to escape before being rescued by NAPTIP.”

According to him, the suspect would be arraigned in court while efforts were on to track down the suspect’s daughter and her recruiter, identified as Maxwell.

Reacting to the development, the Director-General of NAPTIP, Julie Okah-Donli, stated that the Agency would not relent expose human traffickers anywhere in the country.

Okah-Donli also noted that the agency was gathering intelligence in endemic communities in Nigeria with a view to getting the perpetrators out of business.