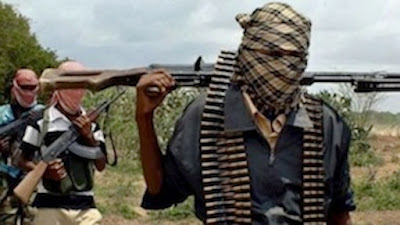 Gunmen suspected to be armed robbers have killed two persons including a policeman in Kano.

An eyewitness disclosed in Kano on Sunday that the incident occurred on Saturday night around Kings Garden by Club Road in Kano metropolis.

According to the witness, the suspects were in a car when they opened fire on policemen at a checkpoint thereby leading to the death of one policeman and one other person who was passing by.

It was gathered that some people also sustained injuries during the attack while the suspects were said to have escaped.

When contacted, the state police Commissioner, Mr Rabi’u Yusuf confirmed the incident saying one policeman lost his life and another person was injured

According to him, the suspects were driving in a car when they reached the place where police were conducting ‘stop and search’ at the area.

He said on reaching the place, the suspects started shooting sporadically leading to the killing of one of the Policemen and injuring one other person.

“As a result of the incident, one of our personnel lost his life while another person was injured, “Yusuf said.

He dismissed some of the reports published by some online papers that the attack was carried out by Boko Haram insurgents.

“The attackers were not Boko Haram members as being speculated in some quarters,” he added.