Police Yet To Decide On Evans’ Arraignment 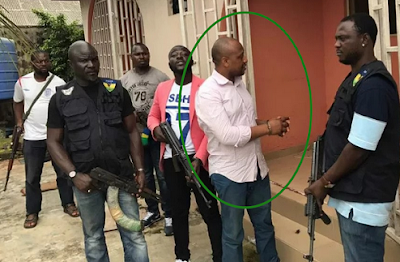 Two weeks after the arrest of a notorious kidnap kingpin, Chukwudimeme Onwuamadike, aka Evans, the police have yet to determine when the suspect will be arraigned in court.

This is just as the Lagos State Police Command said it was not aware of any other media interview with Evans since he was paraded on June 11.

He also revealed his involvement in drug trafficking and robberies.

Six of his gang members were also paraded.

A Lance Corporal, Victor Chukwunonso, attached to the Nigeria Army Band Corps, Abatti Barracks, Surulere, Lagos State, had also been arrested by the police for allegedly belonging to the kidnappers’ gang.

However, the police said they were still taking an inventory of Evan’s criminal activities.

The spokesperson for the Lagos State Police Command, ASP Olarinde Famous-Cole, on Monday, stated that he would be arraigned after investigations.

He directed our correspondent to the Force Public Relations Officer, CSP Moshood Jimoh, for details on the arraignment date.

He said, “After investigations, the Inspector-General of Police will give directive onwhat to do.

“There are some other pieces of information about the suspect that must be known to us about things that happened years ago. We have to update all of them in our record. You can call the FPRO for other necessary information.”

Famous-Cole also said the command had not presented Evans to the media for interview since the June 11 parade, adding that the police were not aware of other purported interviews with him.

“Journalists interviewed him during the parade led by the FPRO. Information being put out now probably came from the parade on that day.  I am not aware of any other parade.”

The FPRO did not pick calls  and had yet to reply to a text message sent to him as of press time.