Woman Speaks About Her Horrible Night Of Passion, After A S*x Toy Ended Up Lost In Her 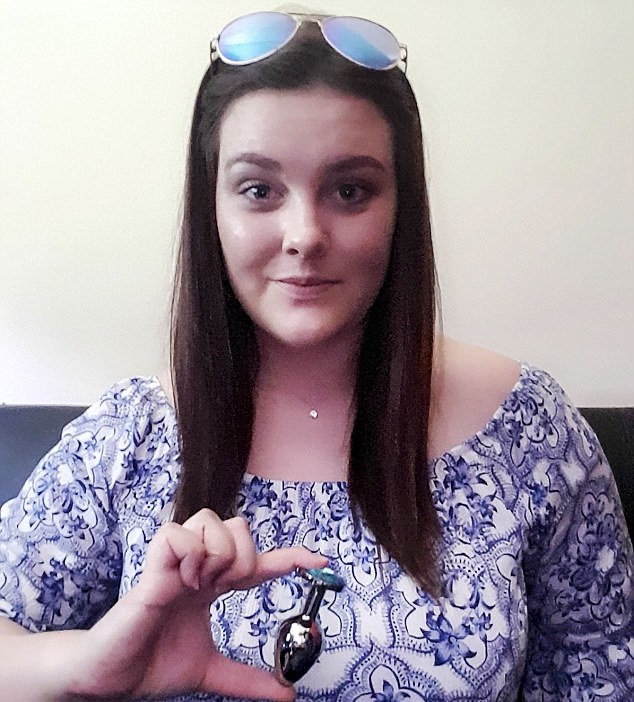 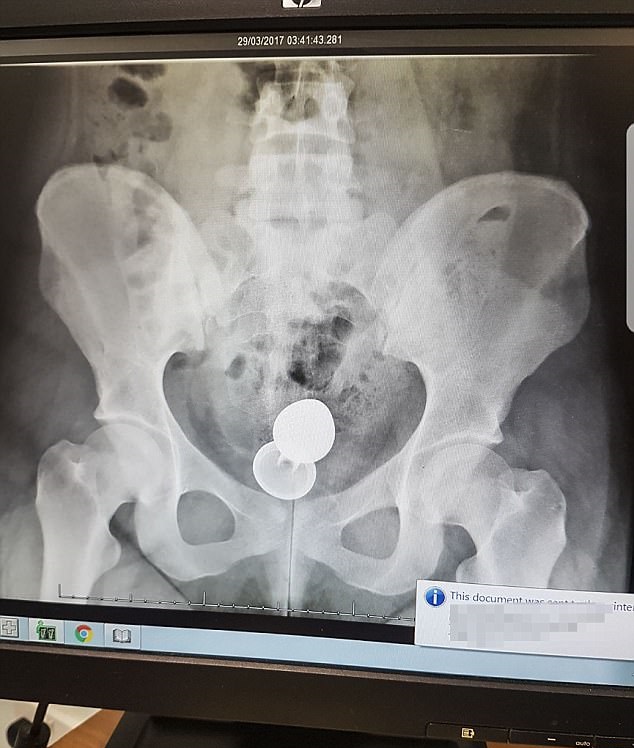 A woman has spoken out about how a night of passion left her close to needing a colostomy bag - when her racy antics went wrong.

Emily Georgia, 20, from East Preston, Sussex, was enjoying a sex session with a male partner when a four-inch sex toy ended up lost inside her.

Her lover accidentally pushed the toy too far up her bottom and the stainless steel 'plug' promptly disappeared.

After attempts to manually retrieve it failed, Emily says her one-night stand suggested leaving it to 'naturally work its way out' and then left, claiming he had work early the following morning.

A concerned friend rushed her to Worthing Hospital, where doctors warned Emily that there was a risk of it perforating her bowel due to its sharp jewel-encrusted edge and she faced an hour-long surgery.

The carer is now speaking out to warn others that embarrassment shouldn't stop those who find themselves in similar predicaments from seeking urgent medical help.

Emily from East Preston, West Sussex, said: 'We were having a naughty night-in last March and decided to use the toy - I'd never used one before.

'I think he got too excited and managed to push the end of it in too. It was a goner.

'I began to panic and told him I needed to go to hospital. He said it should come out naturally on the toilet and then he said 'I'm really sorry I have work early in the morning' and he shot off.

'My housemate didn't believe me at first but when I began to get upset she realised I wasn't taking the mickey.'

The pair rushed to Worthing Hospital and while at A&E Emily scribbled her predicament on a piece of paper and handed it to the receptionist.

Emily said: 'I didn't fancy saying it across the reception desk so asked for a pen and paper.

'The receptionist said it happens a lot more often than you think and said she'd heard worse.'

Emily was assessed and then went for an x-ray which showed just high up the sex aid had gone. Emily said: 'I waited for three hours - by this point the pain started to kick in.

'It was already in my bowel bashing me about and because it's made of stainless steel it felt really heavy and uncomfortable.

'I assumed they could get it out manually but it was only when I saw the x-ray did I realise they couldn't and how dangerous it was.

'I'm petrified of needles so when they lay me down and a nurse put a line in I realised they needed to operate. I was terrified.'

As she was being wheeled to theatre the following day, doctors told Emily if they couldn't extract it rectally they might have to go through the bowel and take some out which could mean at least six months with a colostomy bag.

She was discharged the following day and tentatively made her way home.

Emily now wants to raise awareness and urge anyone in a similar predicament to seek medical attention.

Emily said: 'If anyone is in the same situation I would advise to obviously try and get it out yourself first but then definitely take yourself straight to the hospital if you can.

'It's not as embarrassing as it seems - people at A&E see things like this all the time and will have seen far worse things up people's rectums.

'The hospital staff were amazing - they were so funny and never once made me feel uncomfortable, that's why I find it so easy to talk about.' 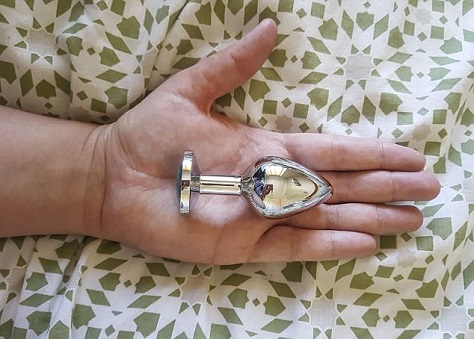