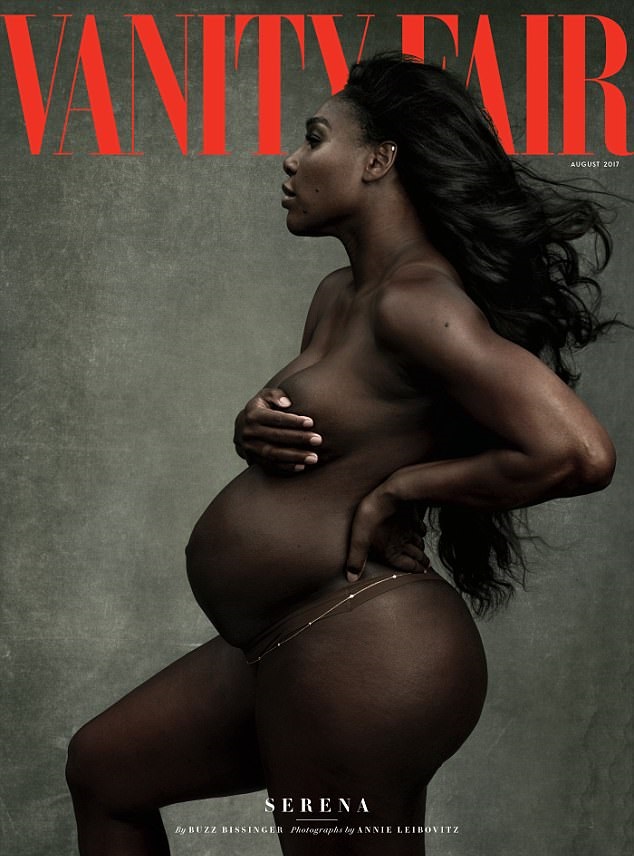 Tennis star Serena Williams has revealed that she hopes to be back on the court as early as January as she prepares to become a mother for the first time.

The Wimbledon champion shares her plans for her sporting future in a new interview with Vanity Fair as she poses in a very risque shoot.

The pregnant Williams stuns on the cover of the August issue in a striking portrait photographed by longtime collaborator Annie Leibovitz, who first shot Williams, alongside her sister Venus, when she was 16 years old.

Speaking of her career plans the sporting legend says: 'I don't think my story is over yet,' and reveals her plans to be back on the court as soon as the new year after she delivers her first child this fall and weds fiancé and Reddit co-founder Alexis Ohanian.