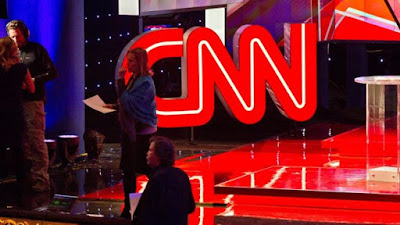 Three journalists from CNN’s investigative unit are leaving the network after the retraction of their June 22 story connecting an ally of President Trump to a Russian investment fund.

The story, citing an anonymous source, said Senate investigators were examining a meeting between Wall Street financier Anthony Scaramucci and an executive for the Russian Direct Investment Fund.

The retracted story appeared on CNN’s website and did not air on television.

CNN removed the story and all connecting links to it late Friday, saying the story did not meet its editorial standards. CNN also issued an apology to Scaramucci, who accepted it with a tweet on Saturday. “Everyone makes mistakes,” he wrote. “Moving on.”

Scaramucci had said on Friday that the story is not true.

Thomas Frank, who wrote the piece, Eric Lichtblau, an editor in the investigative unit, and Lex Haris, an editor at CNN since 2001 who oversaw the unit, are all departing following a management review of the story.

"In the aftermath of the retraction of a story published on CNN.com, CNN has accepted the resignations of the employees involved in the story's publication," a spokesman said Monday evening.

The swift investigation and departure of the three journalists is interpreted as a sign that CNN wants to protect itself against allegations of “fake news” from Trump and his supporters.