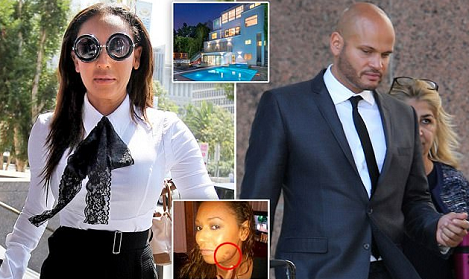 Her financial situation was laid bare in the courts this week as it was revealed her multi-million fortune had been wiped out due to her 'extravagant' lifestyle.

And in another shocking twist to the Mel B and Stephen Belafonte divorce battle, it was claimed the

Spice Girls star has just £961 left in one of her company accounts.

Mel's British account Moneyspider Productions, which was set up in 1997, holds the small amount of funds, as revealed by The Sunday People.

A source told the Mirror: 'Mel is an international superstar, still working as a judge on America’s Got Talent, but she only has a small amount of money in the bank, according to Companies House.

'People may be very surprised.'

She owns 16% of Octopus Direct along with the other Spice Girls and music mogul Simon Fuller.

The singer's money woes were revealed when she attended court in Los Angeles on Friday for the first time to face Stephen, who she says subjected her to years of physical and mental abuse.

His lawyer, Grace Jamra, asked Judge Lawrence Riff to order the sale of the couple's Los Angeles home if necessary. It is currently on the market for just over £6 million.

She said: 'Their lifestyle was extravagant and affluent.

'She wiped out all her Spice Girls money, approximately $50 million (£38 million) if not more'

Mel looked confident as she strode into the downtown LA court building in black pants, a white shirt, lace tie and a pair of trendy black shades.

Flanked by her legal reps, the pop star stayed quiet as she entered the building.

The former couple, who were married for 10 years, are battling over money and custody of their child. 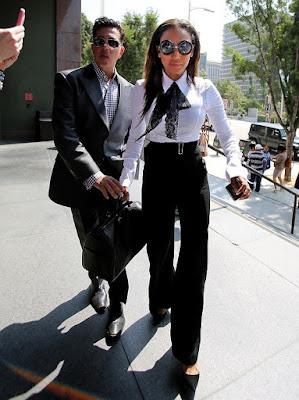