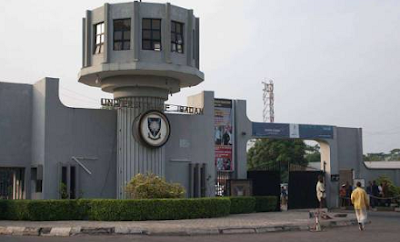 A financial audit of the University of Ibadan (UI) ordered by the Office of the Accountant-General of the Federation (OAGF) has exhumed a welter of financial misconduct and brazen disregard of fiscal regulations by the management of the country’s first university.

The audit, according to the its report dated 10 November 2016 and exclusively obtained by SaharaReporters, spanned six financial years (2010-2015). Titled “University of Ibadan Interim Process Audit Report,” the document is an anthology of spectacular sharp practices. The scope of the audit, stated OS Professional Services, the firm hired to conduct it, included a critical review of the university between 2010 and 2015), confirmation of the sources and quantum of the funding received from the Federal Government and reconciliation of same with the OAGF records.

Also stated as part of the scope is the identification of constraints and areas of improvement, review of revenue sources to the university and the effectiveness of revenue generation and accounting. The audit similarly set out to establish the cost of income ratio of operations and make appropriate recommendations for the management of the university.

OS Professional Services stated that its work was impeded by, among other things, shoddy book-keeping, which manifested in the non-availability of financial statements for years ended 31 December 2013, 2014 and 2015, as they were yet to be prepared at the time the audit was concluded.

The firm also stated that the relevant books of accounts of the university were not updated for the above stated period. Another impediment was the unwillingness of the heads of the university’s bursary to release relevant information and documents for review by the firm.