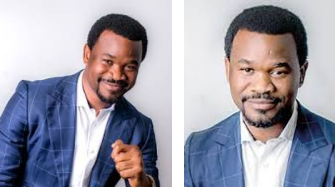 The Managing Director of Lekki Gardens Estate, Richard Nyong and seven others were on Monday arraigned before a Lagos High Court at Igbosere over alleged negligence following the collapse of a six-storey building at Lekki on March 8, 2016.

Five persons were reportedly killed in the accident.

They are facing a six-count charge bordering on failure to obtain building permits, building approvals and involuntary manslaughter.

The arraignment had suffered several setbacks since May 24 when the accused were first brought for arraignment as the second defendant, Olumofe, was absent in court.

His counsel, Mr G. M. Oguntade, however, challenged Olumofe’s inclusion in the charge and urged the court to allow his absence until his application challenging the jurisdiction of the court was heard and determined.

When the court ruled against the argument of Olumofe and assumed jurisdiction in the case, another counsel representing the first defendant, Chief Wole Olanipekun (SAN), objected to the arraignment.

Olanipekun argued that the charge should not have been filed without a seal of a legal practitioner as required by the Rules of Professional Conduct.

At the resumed hearing of the case on Monday, Justice Sybil Nwaka, ruled that a charge without the stamp of a legal practitioner was not invalid or incompetent, rather it is a mere “irregularity which could be regularised”.

She, however, stood down the case for the prosecution to affix its seal.

Consequently, the charge was read to all the eight defendants and their pleas taken.

The prosecutor, Mr Adeniji Kazeem, the Attorney-General of Lagos State, told the court that the defendants committed the offences between August 2014 and March 8, 2016 at House H15, Horizon 1, Extension, Ikate in Elegushi, Lekki.

He said that the defendants commenced and finished building a six-storey complex without building permits and other building approvals.

Kazeem also said the defendants constructed the building with gross negligence and disregard to human life which led to the death of five people.

He named the five persons that lost their lives during the building collapse as William Akpati, Kazeem Ilesanmi, Rapheal Eze, Saminu Umar and Sunday Eze.

All the defendants pleaded not guilty.

Justice Nwaka, however, allowed the defendants, except the second defendant, who was not arraigned before a magistrate court to continue enjoying the bail earlier granted them by the magistrate.

She ordered that the defendants should deposit their international passports within 24 hours of the ruling.

Nwaka, however, granted the second defendant bail in the sum of N100, 000 with two sureties in like sum.

The judge directed that the second defendant should also deposit his international passport at the court and ordered that Olumofe should be remanded in custody until his bail condition was perfected.

She adjourned the case until October 26 for definite trial.