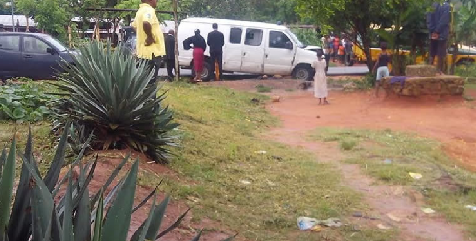 According to an eyewitness, the robbers, numbering about 10, were inside two vehicles when they opened fire on the bullion van at about 1pm.

It was gathered that the bullion van belonged to one of the new generation commercial banks and was loaded with cash.

A Punch correspondent also learnt that the operation was not successful, as the robbers were unable to break into the bullion van to take the money away.

One of the villagers, on condition of anonymity, told Punch correspondent that the suspected robbers attacked the bullion van which was on its way to Ondo town from Akure, the state capital.

She said, “It happened about 1pm. We just heard sporadic gunshots and everybody began to run for safety.”

The villager narrated that after the failed operation, the robbers ran into the bush, while some policemen who were injured also ran into another section of the bush.

Confirming the incident, the Public Relations Officer of the Ondo State Police Command, Mr. Femi Joseph, said the robbers did not succeed in getting the money inside the bullion van.

He said no policeman was killed in the attack, but confirmed that some of them were injured.

“Our men engaged the robbers in gun duel, but we were able to overpower them.

“The robbers escaped with bullet wounds and we are already on their trail,” Joseph said.