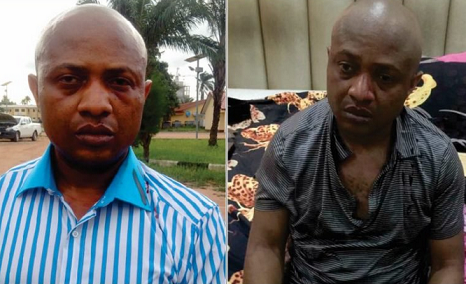 The Federal High Court in Lagos has fixed July 13 for hearing in a N300m fundamental rights enforcement suit filed by suspected kidnap kingpin, Chukwudumeme Onwuamadike a.k.a. Evans, against the Inspector-General of Police.

Evans, through his lawyer, Olukoya Ogungbeje, filed the suit last week urging the court to order the police to charge him to court or release him immediately.

He urged the court to award N300m damages against the police in his favour for his alleged unlawful detention without being charged to court.

A source at the court said on Wednesday that the case was initially assigned to Justice Babs Kuewumi, but was later returned to the court’s registry to enable it to be assigned to another judge who would hear it during the court’s long vacation.

The source said, “The case was assigned to Justice Kuewumi. But due to its nature, the judge felt it would be better handled by a vacation judge.

“He felt it would not be ideal to adjourn it for hearing until after the long vacation in September.

“So, it was the judge who gave parties the July 13 date to appear before the vacation judge after studying the file.”

In the suit, Evans is seeking a court’s order directing the respondents to immediately charge him to court if there is any case against him in accordance with sections 35 (1) (c) (3) (4) (5) (a) (b) and 36 of the constitution.

He is, in the alternative, seeking an order compelling the respondents to immediately release him unconditionally in the absence of any offence that will warrant his being charged to court.

Evans is contending that his continued detention by the respondents since June 10, 2017, without being charged to court or released on bail is an infringement on his fundamental human rights.