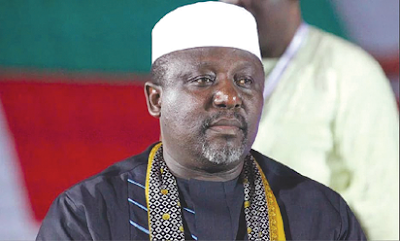 National Industrial Court sitting in Owerri, has described the slashing of pensioners’ monthly stipend by Imo State Government as illegal.

The court also ruled that the form issued by Imo State Government and compelling pensioners to sign, accepting the cut and absolving government of indebtedness to the senior citizens is illegal, null, void and of no effect.

The court also made an order of perpetual injunction against Imo State Government, its officials, agents and privies. Justice Anuwe then ordered the immediate payment in full of pensioners entitlements.

Vanguard recalls that the Nigerian Bar Association, Owerri Branch, was briefed by the aggrieved Imo pensioners, while Mr Uche Wisdom Durueke handled the matter in court.

Speaking with Vanguard, Comrade Chidi Madu thanked the judiciary for being the last hope of the common man.

“What has just happened is a clear indication that the judiciary is the last hope of the common man.

This judgment has shown that those in position of authority must always discharge their duties according to the law,” Madu said.