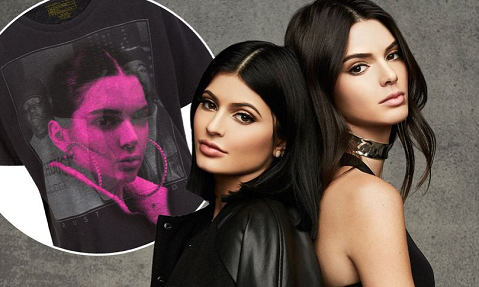 Kendall and Kylie Jenner are being sued by a photographer who is claiming they never had permission to use the images of Tupac on their T-shirt line.

The Jenner sisters sparked an uproar after promoting a line of shirts that merged images of the likes of the rapper, Pink Floyd, Led Zeppelin, Biggie, Metallica, Kiss, and The Doors alongside images of the girls themselves.

Kendall and Kylie both later issued an apology and all merchandise was pulled from shelves.

However, photographer Michael Miller has just filed a lawsuit claiming Kendall and Kylie never had permission to use his pictures or sell them on their website.

In documents obtained by TMZ the photographer says he never wanted to work with the duo. He is suing for any profits they made.

The sisters’ representative told TMZ that the lawsuit is “like suing an actor for being in a movie” because the girls didn’t create the T-shirts - only give their approval on the design.

Biggie Smalls’ estate also said they weren’t wholly satisfied with the apologies, telling Billboard in a statement: “While we appreciate that the Jenners have made an apology and pulled the unlawful and unauthorised items, this matter has yet to be resolved."

Biggie's mum Voletta Wallace had previously taken to social media to slam the sisters for using the late star's likeness on their range.

She fumed: "I am not sure who told @kyliejenner and @kendalljenner that they had the right to do this. The disrespect of these girls to not even reach out to me or anyone connected to the estate baffles me.

"I have no idea why they feel they can exploit the deaths of 2pac and my Son Christopher to sell a t-shirt. This is disrespectful , disgusting, and exploitation at its worst!"

And it wasn't just Voletta who was angry - Sharon Osbourne also slammed the duo.

"Girls, you haven’t earned the right to put your face with musical icons. Stick to what you know… lip gloss," she wrote on Twitter.