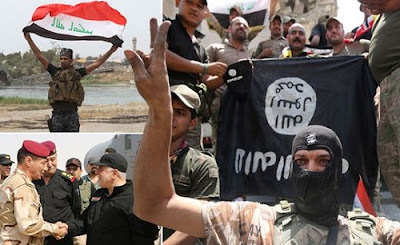 Iraq has declared victory over ISIS in the city of Mosul after bloody eight-month battle to recapture it from terrorists.

The Prime Minister, Haider Abadi, arrived in the city one day after Iraqi state television said victory was "within hours".

His office wrote on Twitter: "Prime Minister Dr. Haider Abadi arrives in the liberated city of Mosul and blesses the heroic fighters and the Iraqi people to achieve the great victory."

The city was overrun in 2014 when ISIS declared its caliphate and a mission to recapture the city - backed by the US - began in October last year.