T.I. Speaks Out After Rob Kardashian Implicates Him On Chyna’s Mess 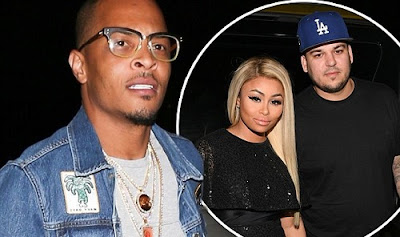 Rapper T.I. has spoken out for the first time after being dragged into Rob Kardashian's social media meltdown against ex-fiancee Blac Chyna last week.

'Don't tell women's business, that's bad. It's poor character, it's a blow,' the 36-year-old told TMZ in an interview as he turned up at LAX over the weekend.

T.I. continued: 'If a women entrusts you, man, and confide in you, man, with secrets and stuff like that don't never let that [out], you don't do that, you know what I am saying?

And the hitmaker added: 'Her secrets are safe.'

Although T.I. didn't mention Rob by name it was pretty clear who and what he was referring to.